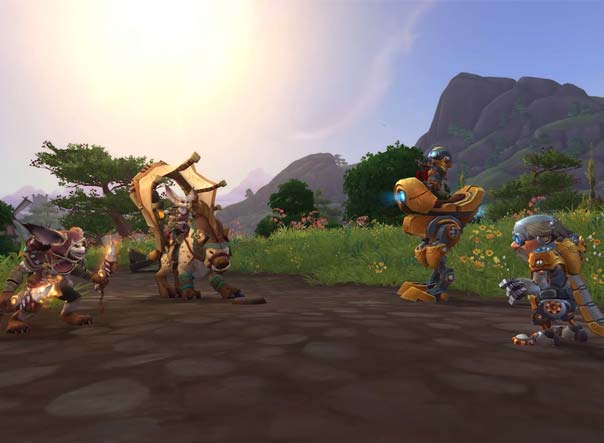 The Old God N’Zoth has been unleashed from his titanwrought prison, and an ancient corruption has taken root across Azeroth, turning friends into foes and trapping warriors’ minds in nightmare visions of a hopeless future. As despair and madness consume the land, the heroes of the Horde and the Alliance will need to fight for their sanity—and the fate of their wounded world in this content update. (if you want to buy cheap wow gold, wow6k.com will be your best choice, we're also selling wow classic gold, low price, fast delivery.)

The Visions of N'Zoth content update is packed with new features, including two new Allied Races—the fox-like vulpera (Horde) and the crafty mechagnomes (Alliance); the introduction of Assaults and N'Zoth's Horrific Visions; new Corruption-tainted weapons and gear, a new legendary cloak to craft and upgrade—Ashjra'kamas, Shroud of Resolve; raid that takes you into the heart of the Black Empire— Ny'alotha, the Waking City; and much more.