The Jailer’s relentless beast, the Tarragrue, has stalked the halls of Torghast since its first spire was raised. Countless victims have felt their souls trampled to ash by this monstrosity, which now awaits the mortal champions breaching the threshold of the tower. THE EYE OF THE JAILER

When Azeroth was young, Odyn traded his eye to Mueh’zala to peer into the Shadowlands. Vain Odyn was deceived, for the Jailer twisted the Eye to serve his own ends. The Eye’s unwavering gaze allows the Jailer to see all that transpires within his domain—and perhaps others as well.. The dark pact Sylvanas struck with the val’kyr forged her bond with the Jailer. Through the years, these winged sisters faithfully served the Dark Lady, even if it meant sacrificing themselves on her behalf. Now Sylvanas calls her nine val’kyr to fight for her one last time. Intended to herald the Jailer’s reign on Azeroth, the first Lich King, Ner’zhul, proved unworthy in his master’s eyes. The last remnants of the fallen orc’s twisted soul were encased in spiked shadowsteel, condemned to everlasting torment for his failure. All who cross his path will share in his suffering. 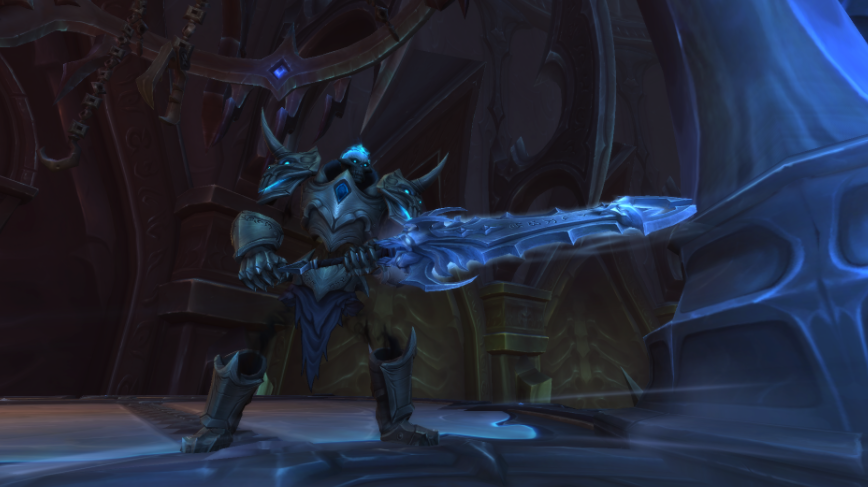 Soulrender Dormazain extracts anima from the hellaciously brutish captives of Torghast to fuel the Jailer’s armies. The tormentor has never met a soul he couldn’t break, but his latest victim is proving resistant to the usual methods. Feeding on this captive’s unending rage, Dormazain will enjoy spending millennia finding his weaknesses. 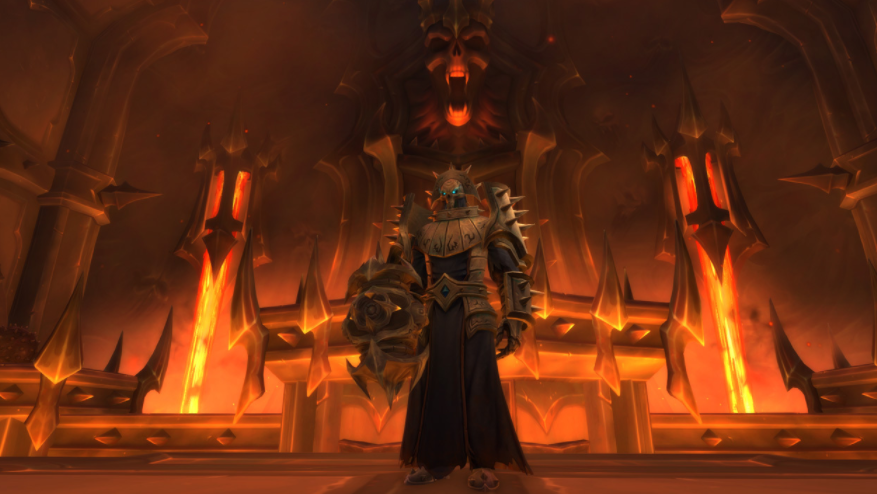 Painsmith Raznal is a sadistic mastermind who spent eons perfecting the deadly traps found in Torghast. He relishes the screams of his victims as a testament to his skill, listening with malignant delight as they echo through the tower’s desolate halls. GUARDIAN OF THE FIRST ONES

Pulled by the Jailer’s chains from a distant, unknown realm, this malfunctioning guardian seeks to protect the inscrutable knowledge known as “cyphers.” It uses the last of its power to obliterate any who would attempt to plunder the secrets of its enigmatic makers. Once a fatescribe entrusted with Korthia’s countless secrets, the Mawsworn seized Roh-Kalo and bound him to the Jailer’s will. With Torghast’s power at his disposal, Roh-Kalo seeks to author a new fate for the Shadowlands. The nefarious Kel’Thuzad awaits at the apex of the soul river, allowing the lich to draw upon an unlimited well of power. All his countless schemes and machinations have led to this final confrontation, where he has plotted the mortal champion’s ultimate demise in service of his true master. With Oribos in peril, a desperate battle at the pinnacle of the Sanctum begins. Standing between the Jailer and the mortals who would stop him is Sylvanas Windrunner. With no masks left to wear, the Banshee Queen unleashes her full power to protect the Banished One while his ultimate plan unfolds.

SPOILS OF THE SANCTUM
The path to the Banished One’s loyal Banshee Queen is paved with treasure. Empower your gear with Shards of Domination, a new type of powerful gem looted from the bosses lurking within Sanctum of Domination. These remnants of the Runecarver’s work have long augmented the Jailer’s armaments, but now you can seize them for yourself and turn the tables on the Banished One. Shards exude three different types of runic magic: Blood, Frost, and Unholy. These ghastly gems can be socketed into gear with Domination sockets, enhancing your characters’ damage, mitigation, or healing abilities. While each individual Shard’s power works anywhere, inserting three of the same type into your gear creates a Rune Word, granting you a powerful boon that increases your combat potency even further within the Maw, Torghast, and the Sanctum of Domination. Each class has five different armor pieces that can don a Domination socket which can be looted from the raid. Defeating raid bosses can also reward you with Stygian Embers, which you are used to upgrade your Shards and further enhance their potent bonuses.

To rank up your Shards, visit Bonesmith Heirmir in Korthia after completing Chapter 3: Focusing the Eye storyline in the Chains of Domination campaign.
NEW ACHIEVEMENTS, NEW REWARDS
Complete the following achievements to earn a ghoulish mount and title worthy of your triumph.

Glory of the Domination Raider: Complete the listed Sanctum of Domination raid achievements—Name a Better Duo, I’ll Wait; Eye Wish You were Here; To the Nines; Tormentor’s Tango; I Used to Bullseye Deeprun Rats Back Home; Whack-A-Soul; Knowledge is Power; Flawless Fate; Together Forever; This World is a Prism

TIME-LIMITED ACHIEVEMENTS
Those who defeat Sylvanas Windrunner on Heroic or Mythic difficulties prior to the next raid tier can earn these achievements that they can proudly /flex.